SOUTHFIELD, Mich., Dec. 17, 2019 /PRNewswire/ -- Denis McGlynn, president and CEO of Dover Motorsports Inc. and a driving force in the success of the historic "Monster Mile" of Dover (Del.) International Speedway, received the 2019 NASCAR® Buddy Shuman Award during NASCAR Champion's Week in Nashville, Tenn. One of the sport's most prestigious honors, the Shuman Award was established in memory of early Cup Series driver and technical inspector Louis Grier "Buddy" Shuman, who died in a hotel fire in 1955. The award has been presented for 64 consecutive years by Champion®, a leading global brand of DRiV.

After retiring as an officer from the U.S. Air Force in 1972, McGlynn was hired as a publicist for what was then known as Dover Downs International Raceway, a struggling, three-year-old entertainment complex comprised of a horse racing track and one-mile motor speedway. Dover and its grueling, 24-degree banked corners quickly gained favor among NASCAR Cup Series superstars as well as the growing legion of racing fans along the eastern seaboard. As the public face of the track, McGlynn played a central role in introducing what he called a "southern sport" to a largely northern audience, and fans responded by filling the stands for the track's two annual Cup Series events.

"Denis not only helped NASCAR establish a foothold in the northeast, but he continually upped the ante in terms of providing a truly spectacular fan experience," said Tim Nelson, motorsports director for DRiV. "Thanks in large part to his dedication and creativity, Dover is a destination track for Cup Series enthusiasts. It's on almost every serious fan's bucket list because it promises world-class entertainment both on the track and off."

Most recently, McGlynn and Mike Tatoian, president and CEO of Dover International Speedway, led planning for this year's celebration of the track's 50th anniversary and 100th Cup Series race. New ideas are already on the drawing board for 2020 and beyond, with the goal of attracting a new generation of racing fans to the famed Monster Mile – and making sure they have a great time while they are there.

As the 64th recipient of the Buddy Shuman Award, McGlynn joins such stock car racing luminaries as Bill France Sr., Bill France Jr., Richard Petty, Rick Hendrick and Jack Roush, in being honored for their significant contributions to the sport.

Champion is one of the automotive industry's most recognized brands. In addition to its iconic spark plugs, DRiV offers an extensive line of Champion vehicle maintenance products, including filters, batteries, and lighting. To learn more, please visit www.championautoparts.com. Follow the brand on Facebook at www.facebook.com/championparts, Twitter (www.twitter.com/championparts), and Instagram (www.instagram.com/championparts).  Additionally, a full line of Champion-branded merchandise, including t-shirts, sweatshirts, hats and other lifestyle items, is available for purchase at the brand store.

About DRiVTM - the future Aftermarket and Ride Performance Company
Following Tenneco Inc.'s (NYSE: TEN) expected separation to form two new, independent companies, an Aftermarket and Ride Performance company (DRiV™) as well as a new Powertrain Technology company, DRiV will be one of the largest global multi-line, multi-brand aftermarket companies, and one of the largest global OE ride performance and braking companies.  DRiV's principal product brands will feature Monroe®, Öhlins®, Walker®, Clevite® Elastomers, MOOG®, Fel-Pro®, Wagner®, Ferodo®, Champion® and others. DRiV would have 2018 pro-forma revenues of $6.4 billion, with 54% of those revenues from aftermarket and 46% from original equipment customers.

Safe Harbor
This release contains forward-looking statements. These forward-looking statements include, among others, statements relating to our plans to separate into two independent companies.  Forward-looking statements are subject to a number of risks and uncertainties that could cause actual results to materially differ from those described in the forward-looking statements, including the possibility that Tenneco may not complete the separation of the Aftermarket & Ride Performance business from the Powertrain Technology business (or achieve some or all of the anticipated benefits of such a separation); the possibility that the acquisition of Federal-Mogul or the separation may have an adverse impact on existing arrangements with Tenneco, including those related to transition, manufacturing and supply services and tax matters; the ability to retain and hire key personnel and maintain relationships with customers, suppliers or other business partners; the risk that the benefits of the acquisition of Federal-Mogul or the separation, including synergies, may not be fully realized or may take longer to realize than expected; the risk that the acquisition of Federal-Mogul or the separation may not advance Tenneco's business strategy; the risk that Tenneco may experience difficulty integrating all employees or operations; the potential diversion of Tenneco management's attention resulting from the separation; as well as the risk factors and cautionary statements included in Tenneco's periodic and current reports (Forms 10-K, 10-Q and 8-K) filed from time to time with the SEC. Given these risks and uncertainties, investors should not place undue reliance on forward-looking statements as a prediction of actual results. Unless otherwise indicated, the forward-looking statements in this release are made as of the date of this communication, and, except as required by law, Tenneco does not undertake any obligation, and disclaims any obligation, to publicly disclose revisions or updates to any forward-looking statements. Additional information regarding these risk factors and uncertainties is detailed from time to time in the company's SEC filings, including but not limited to its annual report on Form 10-K for the year ended December 31, 2018. 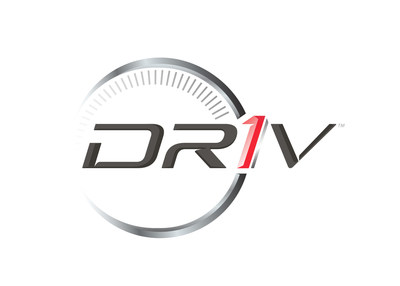